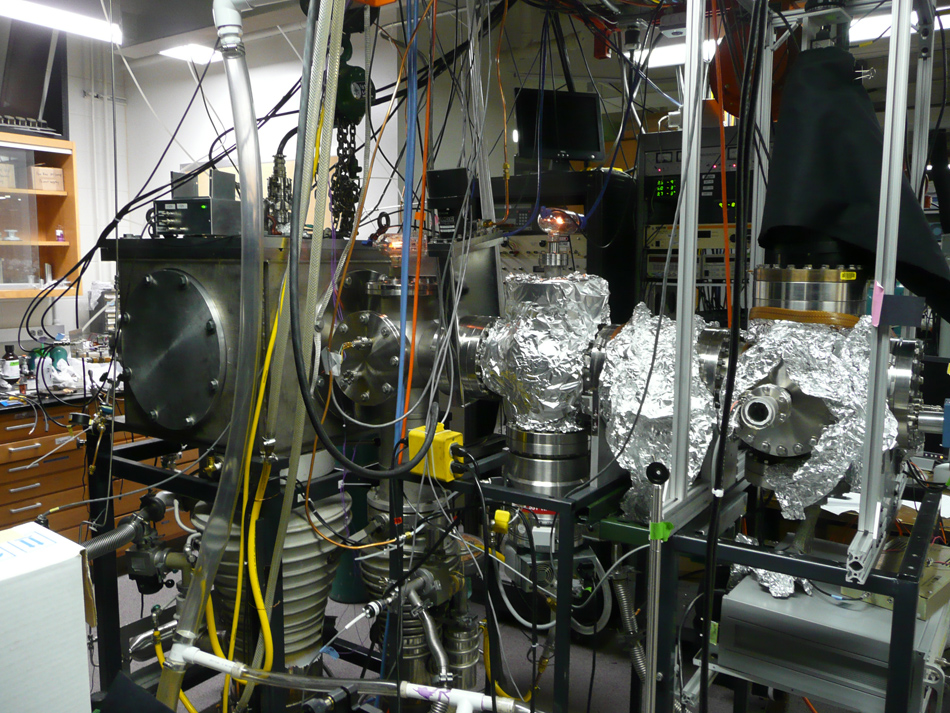 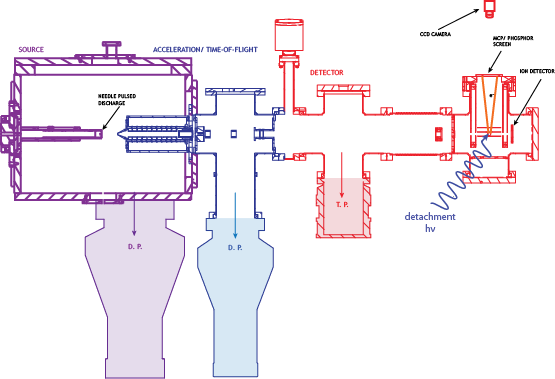 The second instrument in the CC Jarrold lab is currently under construction and close to completion. This instrument uses photoelectron imaging to detect the detached electrons. Research on this instrument will focus on atmospherically relevent reactant products, initially we will study the adducts formed by the addition of hydroxyl radical to isoprene.

Isoprene (or other volatile organic compound) is expanded with helium carrier gas using a pulsed valve (30 Hz) into the source region (purple on figure). The expansion is intersected by a 1 keV electron beam which generates anions by secondary electron attachment. Alternatively ions can also be generated in a pulsed discharge source (not shown). Atmospheric chemical reaction complex anions are generated, such as isoprene•OH−. The ions are then skimmed and anions are accelerated to 1 keV into a time of flight region (blue). The ions are focused and guided into the detachment region where they are photodetached 15 cm upstream of the ion detector using the second (532 nm, 2.33 eV), third (355 nm, 3.49 eV), or fourth (266 nm, 4.66 eV) harmonic output of a second Nd:YAG laser, timed to intersect a particular ion packet. Electrons are extracted using a velocity map imaging set up, similar to that developed by Eppink and Parker, with a repeller plate, extraction plate and ground plate. The extracted ions are detected with a microchannel plate based phosphor screen and the image is recorded with a CCD camera. This instrument is currently under construction and is close to completion.

Projects associated with this instrument include: